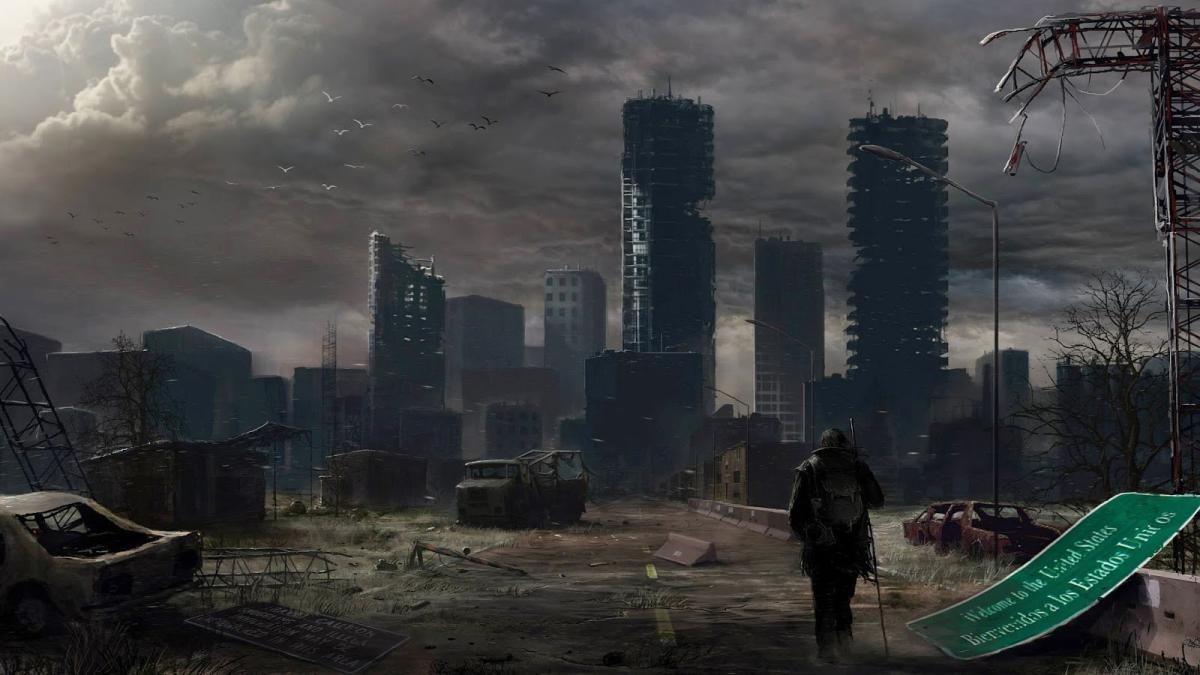 As a civilization, have we started our descent into a new dark age? Certainly, if we just focus on our ever-expanding scientific and technological frontiers, the very notion of a new dark age does seem a little preposterous. Just think of some of the tech miracles expected in the next few years.

Serious efforts are now underway by the Space X company to build a human colony on Mars. We have already seen the dawn of self-driven cars and humanoid robots equipped with artificial intelligence. Not only do we instantly share videos and personal communications around the world through small devices we carry in our pockets, but this global network is now expanding to include all the billions of machines, appliances and gadgets in our businesses and homes – an ‘Internet of things’.

Biological, medical and agricultural innovations abound as we manipulate genes and the very building blocks of life. We are even starting to perfect methods to grow new human organs in other animals. As the distinctions between reality and science fiction blur, isn’t modern Western society continuing its progressive march to new heights? Are we not fast becoming the masters of the universe in ways never even dreamed a few decades ago?

If there is one overarching lesson to be learned from history, it is perhaps that civilizations are far more fragile and impermanent than their citizens seem to think at their height. Cultures rise and then inevitably disintegrate and fall. Contributing factors to their collapse may be economical, social, environmental, or cultural, but the eventual outcome is still the same.

. “Many of the most advanced societies in the past ended up in ruins, although at the height of the Roman Empire or the height of Mayan civilization, it would have seemed equally absurd that these great societies could ever collapse,” explained geographer Jared Diamond, when interviewed about his decades-long investigation of cultural collapse.  “Well, they did and we could. It is a matter of life and death for us to understand why these past societies succeeded or failed.”

Anthropologist Joseph Tainter theorized that societies become more and more complex as they solve their problems of survival. Eventually they collapse because the structures they create to solve these problems accomplish less and less while taking more and more resources – a declining return on investment so to speak. In this way, he said, societies lose the energy needed to maintain their social complex.

This closely matches historian Arnold Toynbee’s theory, detailed in his 12-volume A Study of History, that the breakdown of civilizations is not caused by loss of control over the human or natural environments, or attacks from outside. Rather, societies that develop great expertise in problem solving become incapable of solving new problems by overdeveloping their structures for solving old ones.

Which is not to say that societies cannot change course and avert disaster. Diamond suggests, for instance, that by adopting long-term thinking, making “bold, courageous, anticipatory decisions at a time when problems have become perceptible but before they have reached crisis proportions,” it might be possible to avoid failure.

In societal collapse, there are common patterns as well to be recognized. Toynbee argues that once collapse is in progress, people tend to resort to archaism (idealization of the past), futurism (idealization of the future), detachment (removal of oneself from the realities of a decaying world), or transcendence (meeting the challenges of the decaying civilization with new insight – the prophet). He argues that those who transcend during a period of social decay give birth to a new vision, around which a new civilization may begin to form after the old has died.

As with the populations of many past civilizations, our hubris generally blinds us to the looming calamity before us – or at least the true extent of it. Even the so-called “doomsday preppers” focus generally on relatively short-term “shit-hit-the-fan” scenarios, disasters that would arrive suddenly with little notice and then abate over the next few years as the prepared few fend off the starving, riotous masses and rebuild much the same society as previously existed. Rarely are they preparing for an extended, multi-generational struggle for survival, a long-term cultural apocalypse that could last centuries.  (Otherwise, they would be educating their children quite differently.)

Of course, it is not just neo-survivalists who sense looming cultural problems. Today, virtually anyone can produce a list of things they see wrong in our society, a catalogue of inequities, social injustices and misguided policies of government. But most of these are really just symptoms of deeper ills.

Above all else, two potential culture-crushing threats lie before us: nuclear war and climate upheaval. If nuclear war doesn’t plunge us into a modern version of Armageddon, climate disruption threatens to.  In what amounts to mass cultural denial, we think we can avoid both by simply “banning” nuclear weapons and by relying more on alternative energies like wind and solar. Sadly, the general public understanding of both our climate disaster and the threat of nuclear war is either wildly distorted or woefully uninformed – dangerously so.

There really is no easy fix for either. The political, social and scientific realities behind these two threats are so systemic and pervasive that – short of a dramatic, revolutionary shift in how we all live or a startling new transformative energy technology sweeping the globe – there is factually little we can do at this point to prevent the continuing environmental degradation and our subsequent descent into a new, violent dark age. (Which is not to say we should abandon all hope or cease working to become more sustainable and secure, for many small changes could certainly still mitigate our disastrous future. But, at the same time, we need to understand the true extent of the dilemmas pushing us toward the precipice.)

Of course prophecies of doom and gloom are nothing new. There are always prophets of calamity ever ready to beat the drum for disaster, especially for extremely low-probability, unpredictable events we can’t really avoid if they happen: an asteroid hitting our planet, volcanic mega-eruptions,  and so on.

But unfortunately, the catastrophes that most threaten our future today are different. They are high-probability, high-impact events. They unfold before our eyes like a bad nightmare that we seemingly cannot alter, the products of our own science and technology and the interconnected world these have created.

We have witnessed the wholesale destruction wrought by nuclear weapons with the power to level entire cities.  We see the devastation from a climate changing faster than even environmental scientists predicted just a few years ago. And in spite of decades of trying to grapple with both these global threats, we are factually in greater danger today, not less. So it is not such a stretch to forecast likely failure in dealing with both threats and a subsequent new dark age looming on the horizon, not as a nebulous possibility in some distant era, but rather as a crisis that we, our children and our grandchildren will probably have to live through – that is, if we manage to live at all. True, we are talking here of worse case scenarios, but scenarios nonetheless that science is telling us may be increasingly difficult to avoid.

Of course, it is true that something may emerge to give us a reprieve. And that is what many people just assume will happen because technology is always solving problems. Someone will just come up with something to fix things. They always do. And we have decades still before the real emergency hits, or so we think. So why worry?

Perhaps that reaction is reasonable, for we have muddled through thus far. Nevertheless, there are a few of us, scattered here and there, who believe that it is foolhardy to put all our eggs in that wishful basket of hope. Beyond any other attempted remedies (which I am not in any way suggesting we abandon), I think that it is not just prudent, but critically important that we also develop a “disaster response plan-on-steroids,” so to speak – a global contingency plan for a ecological apocalypse.  Unfortunately, no one seems to be doing this beyond seed banks and wild plans for space colonies.