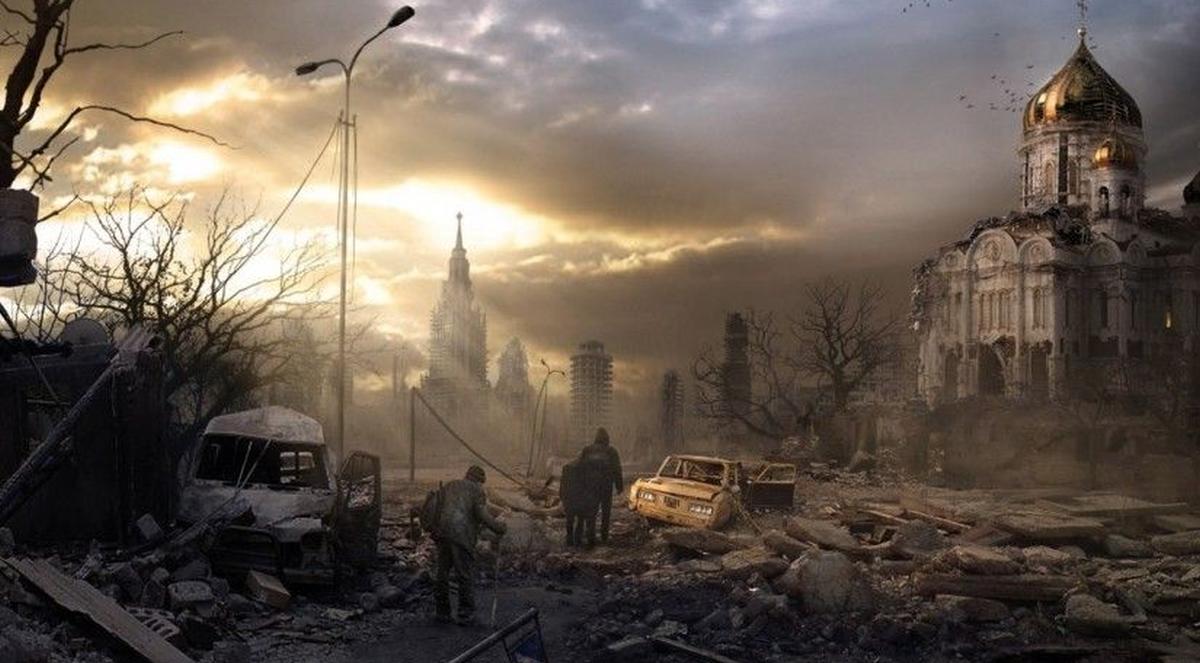 Is Environmental Collapse Our Future?

It is perhaps not surprising that many otherwise sensible, knowledgeable people are now starting to talk seriously about the potential collapse of our civilization due to runaway global warming. After years of optimistically asserting that all we needed to do was cut back our carbon emissions by greening the economy with renewable sources of energy, the reality of what it would actually take to reduce our emissions to zero has started to sink in. I’m increasing finding others who have started to come to the same conclusions as I arrived at in a rather abrupt awakening.

Rupert Read, a reader in philosophy at the University of East Anglia and past spokesperson for the national Green Party in England, for example, is one of the public figures who is now speaking out about this. “After years of denial, and years of desperate hope,” he said, “I finally reached a point where it was no longer possible for me to not see and understand the fatality that is almost surely upon us. I have come to the conclusion in the last few years that this civilization is going down. It will not last. It cannot, because it shows almost no sign of taking the extreme climate crisis—let alone the broader ecological crisis—for what it is: a long global emergency, an existential threat. This industrial-growthist civilization will not achieve the Paris climate accord goals; and that means that we will most likely see 3–4 degrees of global over-heat at a minimum, and that is not compatible with civilization as we know it.”

In his view, we face three possible future trajectories. First, our civilization could collapse utterly and terminally as a result of climate instability. This would likely be initiated by catastrophic food shortages, or possibly sooner through nuclear war, pandemic, or a financial collapse leading to mass civil breakdown, all probably precipitated in part by ecological or climate instability.

Alternatively, this civilization will manage to seed a future successor civilization, as this one collapses. Or thirdly, this civilization will somehow manage to transform itself deliberately, radically and rapidly, in an unprecedented manner, in time to avert collapse. This latter possibility, he believes, is the least likely, although it would still be far better than the other two options which clearly will inflict suffering and death on an unprecedented scale.

Under various labels, the idea of preparing for a successor civilization is starting to gain traction. Under the banner of Deep Adaptation, Dr. Jem Bendell, Professor of Sustainability Leadership, has launch what might grow into a significant movement. “It is a truism that we do not know what the future will be,” Bendell writes in an academic paper that went viral online. “But we can see trends. We do not know if the power of human ingenuity will help sufficiently to change the environmental trajectory we are on. Unfortunately, the recent years of innovation, investment and patenting indicate how human ingenuity has increasingly been channelled into consumerism and financial engineering. We might pray for time. But the evidence before us suggests that we are set for disruptive and uncontrollable levels of climate change, bringing starvation, destruction, migration, disease and war.”

If this is indeed what lies in store for us, then we are on the way to an era of ignorance, superstition, or social chaos and repression,, the very definition of a dark age.

Historically, “the Dark Ages” were an early medieval period of Western Europe, 476–800 A.D. when there was no Roman (or Holy Roman) emperor in the West. It was marked by frequent warfare and a virtual disappearance of urban life.

Although historians have stopped using the term because of the value judgment it implies, a dark age more generally has come to mean any period of intellectual darkness and barbarity.

A dark age is a culture’s dead end according to Jane Jacobs, the American-Canadian writer and activist best known for her interest in communities and urban planning. She pointed out that in North America, for example, we live in a virtual graveyard of lost and destroyed aboriginal cultures. And throughout history, there have been many more dark ages than the one that occurred between the fall of the Roman Empire and the dawn of the Renaissance.

Ten thousand years ago, our ancestors went from hunter-gatherers to farmers and, along the way, lost almost all memory of what existed before. “A Dark Age is not merely a collection of subtractions,” wrote Jacobs. “It is not a blank; much more is added to fill the vacuum. But the additions break from the past and themselves reinforce a loss of the past.”

Jacobs noted some of what was forgotten for centuries in Europe after the collapse of Roman Empire. The Romans’ use of legumes in crop rotation to restore old soil; how too mine and smelt iron and make and transport picks for miners, and hammers and anvils for smiths; how to harvest honey from hollow-tile hives doubling as garden fences. In districts where even slaves had been well clothed, most people wore filthy rags.”

Additionally, some three centuries after the Roman collapse, bubonic plague, hereto unknown in Europe, crept in from North Africa, where it was endemic, and exploded into the first of many European plague epidemics.

“Citizenship gave way to serfdom; old Roman cities and towns were largely deserted and their underpopulated remnants sank into poverty and squalor; their former amenities, such as public baths and theatrical performances, became not even a memory,” Jacobs explained. “Diets changed, with gruel displacing bread, and salt fish and wild fowl almost displacing domesticated meat. Rules of inheritance and property holding changed. The composition of households changed dramatically with conversion of Rome’s traditional family-size farms to feudal estates. Methods of warfare and ostensible reasons for warfare changed as the state and its laws gave way to exactions and oppressions by warlords. Writers disappeared, along with readers and literacy, as schooling became rare.”

Ayn Rand wrote that the Dark Ages, after the fall of the Roman Empire, was a period when Western Europe existed without any social organization beyond chance local groupings clustered around small villages, large castles, and remnants of various traditions—swept periodically by massive barbarian invasions, warring robber bands, and sundry local looters. It was as close to a state of pure anarchy as society could come.

Legacy of the Druids