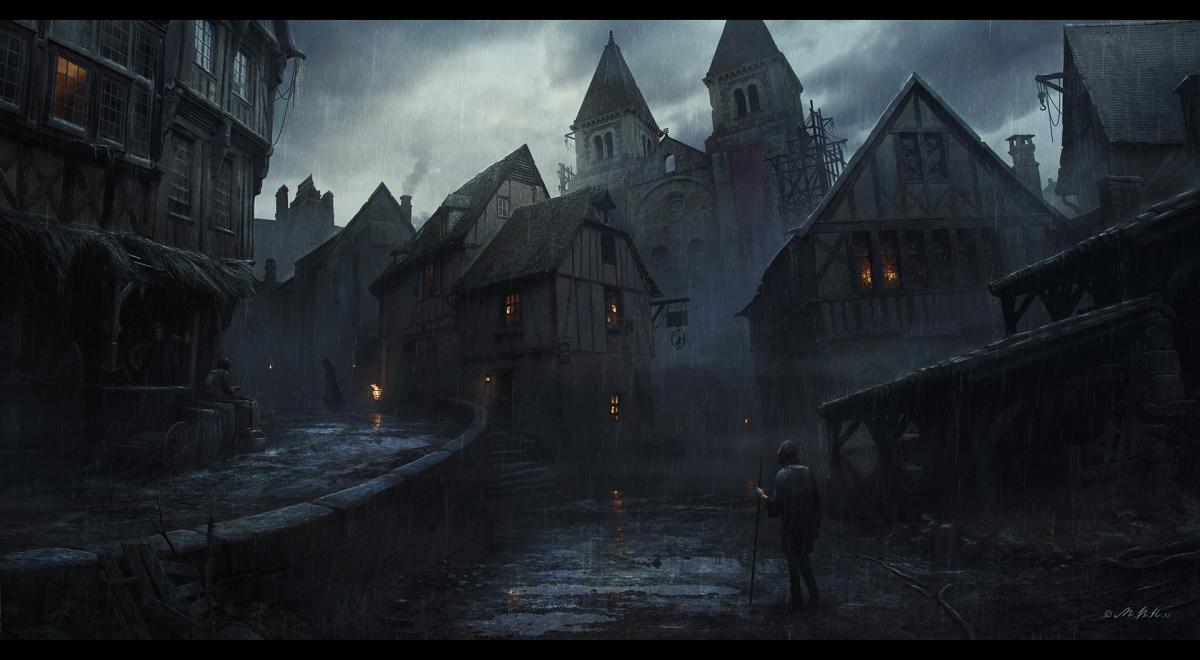 Recovering from a Dark Age

in Politics, Social Analysis
Reading Time: 6 mins read
A A

Because we know so much about the collapse of the Roman Empire, there is much to learn from it. After Rome fell, a tremendous amount was forgotten for centuries: how too mine and smelt iron; how to make tools like hammers and anvils; the use of legumes in crop rotation to restore soil; the manufacture of concrete and how to build roads; medicine and surgery The Roman cities and towns became largely deserted and those left living in them sank into squalor and poverty. Where once even slaves had been well clothed, people now wore filthy rags. Niceties such as public baths and theatre performances were long forgotten.

Diets changed. Gruel replaced bread and wild meat and salt fish displaced farm-raised animals. Schools disappeared as did writers and literacy. Roman law gave way to the oppression of warlords. The rules of property rights changed and most people fell into serfdom as a new feudal system emerged. In subsequent centuries, following a decline in general hygiene, bubonic plague from North Africa—which had never previously existed in Europe – began to sweeping regularly through the continent as an epidemic killing millions. In short, much of classical culture was forgotten, its benefits lost, and what little remained was far less refined.

Probably everyone today has some idea of role that monks of the Catholic Church played after the fall of Rome in not only preserving the literary inheritance of the ancient world, but also literacy itself.

For as the Roman Empire fell and the barbarians descended on the Roman cities, looting artefacts and burning books, it was in a small northern country, Ireland, where monks first took up the great labour of copying all of Western literature. “Without the mission of the Irish monks, who single-handedly refounded European civilization throughout the continent in the bays and valleys of their exile, the world that came after them would have been an entirely different one – a world without books. And our world would never have come to be,” explained historian Thomas Cahill.

However, the contributions of the monks were far greater than simply preserving classical manuscripts and the ability to read them. “One can scarcely find a significant endeavour in the advancement of civilization during the early Middle Ages in which the monks did not play a major role,” notes Thomas E. Woods, Jr. in How the Catholic Church Built Western Civilization.
He adds that as one study described it, these monks gave “the whole of Europe… a network of modern factories, centres for breeding livestock, centres of scholarship, spiritual fervour, the art of living… readiness for social action – in a word… advanced civilization that emerged from the chaotic waves surrounding barbarity. Without any doubt, Saint Benbedict [the most important architect of Western monasticism] was the Father of Europe. And the Benedictines, his children, were the Fathers of European civilization.”

In other words, what is generally under-appreciated is the role that the monks played in what might be called the practical arts. This is especially true of things like agriculture. It was the monks who saved agriculture when nobody else could. They practiced it under a new life and new conditions when no one else dared.

The early monks in essence transformed European life wherever they went. They introduced new crops, industries, and production methods which people didn’t know. That taught peasants irrigation of crops. In some places, they introduced the rearing of cattle and horses. In fact, the monks were the first to work toward improving cattle breeds, rather than leaving the process to chance. Elsewhere, they taught the brewing of beer or planting vineyards, pioneering the production of wine and even discovered champagne. They taught the raising of bees and fruit.

And they were the purveyors of other medieval technology. The Cistercians, a reformed-mined Benedictine order established at Citeaux in 1098, were especially known for their technological sophistication. And thanks to the great network of communication that existed between the various monasteries, technological information spread rapidly and innovations like the use of waterpower became central to European life. The 742 Cistercian monastic communities ran their own factories, using waterpower for crushing wheat, sieving flour, weaving cloth, and tanning.

In other areas, whether it be the mining of salt, lead, iron, alum or gypsum, or metallurgy, quarrying marble, running cutler’s shops, glassworks, or forging metal plates, also known as firebacks, there was no activity at all in which the monks did not display creativity and a fertile spirit of research.

Indeed, the monks’ accomplishments ranged far beyond what most of us know. In the early eleventh century, for instance, a monk named Eilmer flew more than 600 feet with a glider. Centuries later, Father Francesco Lana-Terzi, not a monk but a Jesuit priest, earned the honour of being called the father of aviation after publishing a book in 1670 describing the geometry and physics of a flying machine.
Monks also had skilful clock-makers among their ranks. The first clock of which there is any record was built in around the 996 by the future Pope Sylvester II for the German town of Magdeburg, More sophisticated clocks were build by later monks.

According to French historian and medievalist Jean Gimpel, the Middle Ages introduced machinery into Europe on a scale no civilization had previously known and this was only possible because of the way ancient knowledge was preserved and because of the monk’s devotion to developing new techniques and technologies to improve the societies they served. The Middle Ages became one of the great inventive eras of mankind. Between the tenth and the thirteen centuries, Western Europe experienced a technological boom that really was the first industrial revolution.

“If this picture of the medieval world does not sound like the Dark Ages, or like the age of romance and chivalry, it is because the history of technology has been so universally neglected, thanks largely to the age-old attitude of academics and intellectuals toward work and engineering,” wrote Gimpel. “The scorn of men of letters for engineers throughout history has kept them, all too often oblivious to the technology created by those engineers who were of a lower social status and worked to earn a living. They had no idea that in this other world there was an uninterrupted tradition of technological writing.”

This is mentioned because whenever people talk of the Renaissance in Europe following the Dark Ages, they usually turn to the Roman Empire, not the Middle Ages. The truth is that the medieval industrial revolution was quite comparable to the later English and American Industrial Revolution.

The takeaway from this brief rundown of medieval history is that in some failed civilizations of the past,” a relatively small number of people willing to commit themselves to constructive action have made a huge difference in the outcome, and not only in the short term,” argues essayist and Druid author John Michael Greer. “The same option is wide open today; the one question is whether there will be those willing to take up the challenge.”

To say we will need our new dark age monks is really only borrowing from medieval monasticism in name only, however. As conservers of civilization and catalysts of a future renaissance, the real task at hand is anticipating as best we can what measures to take and what structures to set up to save those things we value the most in our civilization. The overarching purpose of those who dedicate themselves to such a mission must be to facilitate the new efflorescence of a future culture that, though certainly different from the present, will hopefully preserve the best of it. That, and preserving data that can be passed along to future historians about important events and situations – the wisdom generated from an self-awareness of where we have come from and what we have accomplished in yesteryear.

However, to be preoccupied with simply selecting the best books, for example, and preserving them in the safest and most protected places would probably be a mistake. Some of the most important and useful information is likely to be knowledge that is so common today that it would not occur to anyone to formally record it. Knowledge can be lost simply because it is impossible to reconstruct it in the future context of a life that is radically different. And besides raw data, the new monks would have to also conserve the memory of the ways in which certain things were done. The very concept of culture implies both knowing and doing – often two separate things.