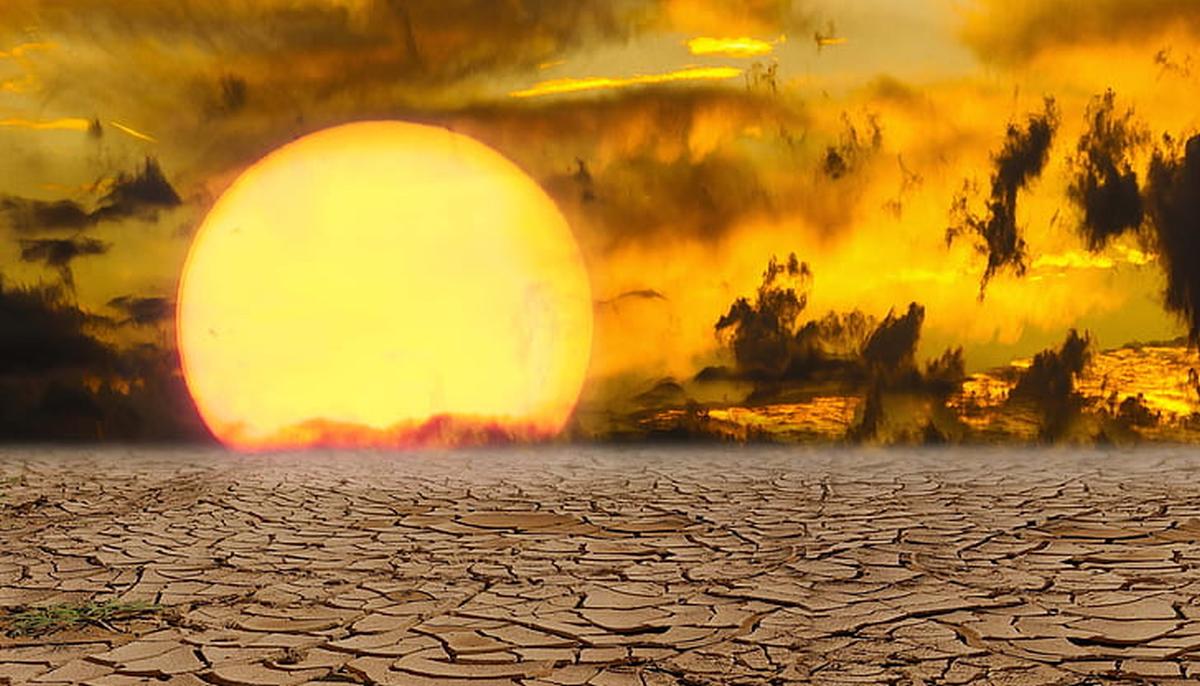 in Biodiversity, Climate
Reading Time: 6 mins read
A A

As horrific as the possibility of thermonuclear war might be, it pales in comparison to what may await us through global climate disruption. If we are to believe all the major scientific organizations in the world, our climate future is almost certainly going to be different. The only real question is, how different?

Everywhere, we already see signs of a planetary climate shift. The average number of category 4 and 5 hurricanes has almost doubled in the last 30 years. Greenland and West Antarctica are melting faster than was ever thought possible a few years ago. We have already seen 8 inches of sea level rise and scientists are now talking of the potential of meters more.

There is no longer any credible debate about whether our planet is warming, whether it is because of human activity, and that if left unchecked, it has the potential to escalated into the largest global catastrophe mankind has ever known. Those are the conclusions of all the national academies of science, all legitimate climate research organizations, the Intergovernmental Panel on Climate Change, national intelligence services like the C.I.A. and even the U.S. Pentagon.

However, despite countless articles, books, videos and web sites devoted to informing the public on these findings (both the certainties and uncertainties connected with the evolving science), our real climate challenges are almost as widely underestimated or misunderstood by the general public as is the nuclear threat. And this is true even for many staunch environmentalists who seem to think if we simply save the remaining forests and deploy more renewable energy sources, all will turn out fine. We won’t have to significantly change how we operate as a society.

Atmospheric scientist and author James Lovelock, once the darling of the environmental movement, now notes “the high probability that it is all but impossible for us to reduce the input of fossil-fuel combustion products to the air rapidly enough to change the climate favourably. Even if we reduced all emissions of carbon dioxide and other greenhouse gases to pre-industrial levels, there would be no rapid return to the past climate and the less turbulent Earth we once knew.”

Lovelock is actually on pretty firm ground here. What most people do not realize is that none of the carbon emission reduction strategies so far adopted or even considered by world leaders will really avoid the kind of extreme temperature increases that could lead to massive starvation, political and social upheaval, and, according to some, the possible extinction of humanity.

The Intergovernmental Panel on Climate Change (IPCC) has produced scenarios for supposedly keeping us below a global mean temperature increase of 2 ° C (above pre-industrial levels). World leaders have used these as the basis for the new Paris climate agreement as well as national initiatives. What isn’t usually appreciated is that virtually all the computer models being used to advise world leaders actually assume we will soon have negative emissions technologies enabling us to suck huge amounts of CO2 back out to the atmosphere – carbon capture and storage or CCS as they call it. That is the only way to fudge the numbers to keep us below 2 ° C. Unfortunately this CSS technology to remove CO2 does not exist and may never exist – not on the truly colossal scale required. To even begin to have any serious impact on the climate, we would need to start removing perhaps 20 billion tons of CO2 each year.

Currently on this planet, we don’t do anything on that scale. We don’t produce that much steel or grow that much food each year.

Kevin Anderson, deputy director of the Tyndall Centre for Climate Change Research, has explained repeatedly that the 2 degree C emission strategy has been pushed for political and economic convenience, applying questionable assumptions rather than scientific certainties to avoid the drastic measures our climate emergency really requires.

In the last 250 years, we have already put almost a trillion tons of additional CO2 into the atmosphere. So at this point, when carbon emissions have only continued to rise year after year, talk of reducing the CO2 back to 350 parts per million from its current 400 plus levels – a target which leading climate scientists like James Hanson say is vital – just isn’t going to happen through any of the current initiatives. And in fact, we don’t even know how to do this practically speaking on the scale required.

Lovelock is actually just being honest when he concludes that, “To reduce CO2 emissions effectively in the face of an ever-growing number of people is probably a task beyond the power of any government, democratic or dictatorial.”

But that isn’t a message that environmentalists or government leaders want to hear. So the conclusions are being manipulated to fit what is acceptable. “There is a particular group – those who work between the science and the politics – the integrated assessment modellers, but also a lot of other people who engage between what the science and engineering is telling us and the policymakers,” explained Anderson. “As a result, we have fined-tuned our analysis to align with political and economic sensibilities.”

According to Dr. Hugh Hunt, from Cambridge University’s Department of Engineering, what this means, in essence, is that existing proposals in the recent Paris agreement and elsewhere are probably going to fail to avert climate disaster even if they are successfully implemented. “The decision makers are being hoodwinked into thinking there is a pathway forward that will work,” he said. “But I can’t actually see it working.”

We can electrify cars; we can electrify heating and cooling to some degree; we can electrify some of industry. But to accomplish this on the scale required would take engineering and building a truly massive new infrastructure in just a few decades, something even a Marshall-style effort wouldn’t accomplish fast enough. And in the meantime, we would already be far above the 2 ° C target.
So factually, what all this means is that, in spite of all the green initiatives past, present and proposed in the future, we are still headed towards temperatures and impacts we simply are not prepared for. And any remaining optimism comes from the rich people in the north who continue to think we can buy our way out of this. “We think we have the technology to deal with a 2 ° or 3 ° C degree temperature increase, but poor people around the world won’t,” cautions Anderson. “In essence, we are saying we will muddle through and the poor will die. The language we are using is fairly savage for other parts of the world.”

If all this wasn’t worrisome enough, there are other reasons why we should expect far more rapid warming in the coming decades. Global warming is not a linear process given the extremely complex nature of Earths’ ecosystems. Many ‘feedback loops’ exist and, over the next few years, these could greatly accelerate the warming process beyond just the increased greenhouse gas heating. The computer models largely ignore many of these feedback loops because they are difficult to predict or quantify accurately.

Leading Arctic scientist Professor Peter Wadhams explains, for example, that the Arctic is warming faster than any other part of the world. And the changes here are driving changes elsewhere on the planet. Global warming itself is being accelerated, for instance, by the fact that, in summer months, the increased melting of the Arctic Ocean sea ice reduces the global average albedo – the amount of radiation that is reflected straight back into space. (Dark water absorbs far more of the sun’s heat than white reflective snow.) The Arctic Ocean has been melting far more rapidly than any of the computer models predicted, which has Wadhams and other Arctic scientists extremely worried.

“This attempt to pretend we can keep global warming below 2°C, which was already a pretence, is even more ridiculous,” said Wadhams in an interview. “It is certainly going to get to 4° or 5° C by the end of the century, which will then have quite catastrophic impacts on agricultural production, for instance – being able to support the population we have now let alone an increasing population.”

An even more troubling Arctic feedback loop involves large amounts of methane that could rapidly be released into the atmosphere in just a few years. As a greenhouse gas, methane is 72 times more powerful than CO2 over a 20-year time span. There is reason to be worried.

Professor Kevin Anderson: “To hell in a hand cart”