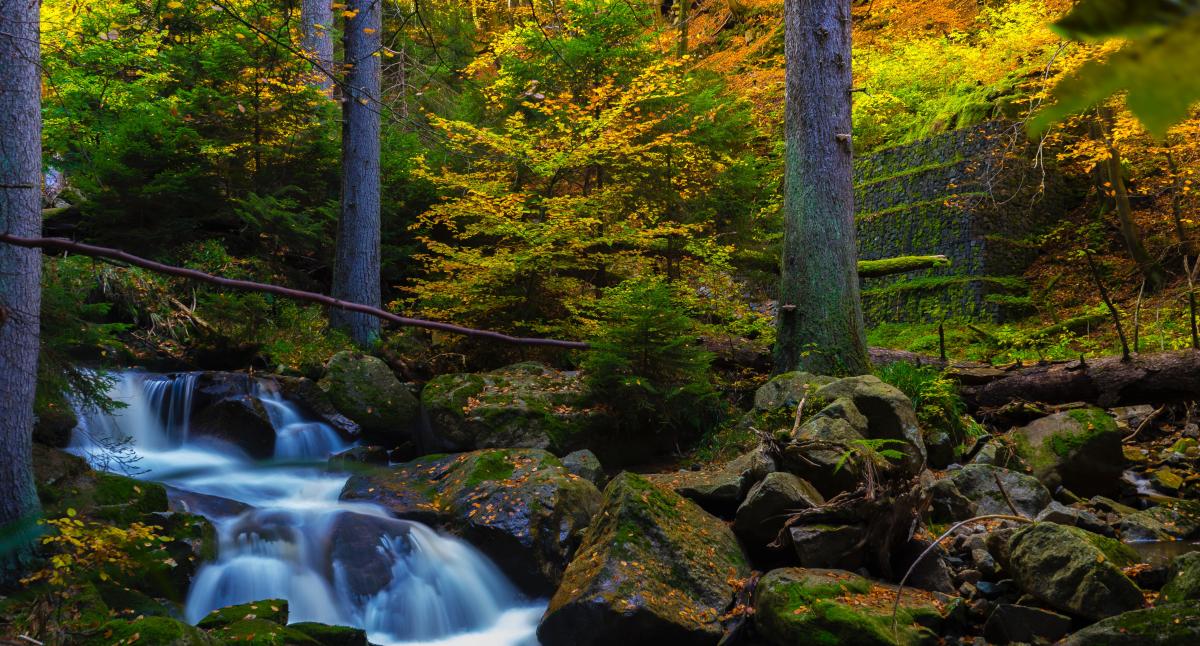 As we continue to live beyond our planet’s limitations, we need to reconsider the capitalist system we live in. This entails looking beyond net-zero emissions and setting eyes on leaving a net-positive impact on the planet. It’s called regenerative capitalism, and it holds a message of hope.

In April 2021, PepsiCo announced plans to practice regenerative farming on more than seven million acres of land worldwide, the equivalent of its entire agricultural footprint. “We know we have to do even more to create truly systemic change,” said the company’s Chief Sustainability Officer Jim Andrew.

“This is pretty major,” says John Elkington, author and authority on corporate responsibility and sustainability. “It’s a bit like when Microsoft said it was going to offset its carbon emissions for its entire history as a business.”

Regenerative capitalism, a notion coined by John Fullerton in 2015, or in PepsiCo’s case regenerative farming, refers to business practices that restore and build rather than exploit and destroy. Regenerative is about viewing the goal of net-zero carbon emissions as a stop-off on the longer journey to create the conditions for life to flourish resiliently and renew infinitely.

Businesses big and small have ascribed to the principles of being participants in the sustainable, responsible economy for decades now. “To be more transparent, to report, all of that sort of stuff. To be more accountable and to engage its stakeholders in a range of ways,” Elkington says.

However, sustainability, understood as merely mitigating harm, is a Band-Aid for broader issues with our planet. The reality is the way we do business remains harmful to the world’s long-term future. We continue living beyond our planet’s limitations, wrecking the habitat in which we expect to live for centuries to come.

More radical change is needed, and regenerative capitalism could be the answer we’re looking for.

The existential crisis of the notion

“To my mind, it’s an oxymoron in the US and in the Anglo-centric world of capitalism, but I had the fortune of growing up in Denmark, which is a very different form of capitalism.”

Regenerative capitalism is not a zero-sum game between profits and the planet, but a model where both can sit side-by-side.

Kjellerup Roper believes it’s possible to follow the principles of regenerative capitalism – where big business has a big role in not winding down the planet, but getting it back on an even keel – while also following the smart route to running a business.

It just requires a change in mindset and relearning some of the principles of smart business.

“Regenerative anything requires moving away from linear benchmarks, certainty and KPIs to an acknowledgment that things aren’t that simple,” she says.

Regenerative capitalism realizes that business isn’t an addition to nature, but is intrinsically baked into it—Chris Stokel-Walker

In a regenerative capitalist world, there isn’t a PowerPoint slide that can save the planet. It requires a lot more deep thinking – some of which is unlikely to be that palatable to businesses focused primarily on the bottom line. “That’s the biggest challenge: to really move from that,” says Kjellerup Roper.

If responsible capitalism looks through the lens of “let’s do less harm,” regenerative capitalism realizes that business isn’t an addition to nature, but is intrinsically baked into it.

Companies may lay claim to the mantle of regenerative capitalism, while doing something that doesn’t quite fit the bill. There’s always a worry, when a new concept grips business, that it becomes little more than a buzzword.

“It’s important to understand that the regeneration agenda needs real teeth,” says John Elkington. “Instead of claiming to be green or claiming to be transparent or whatever. Unless and until you’re properly regenerative across the piece, you’re not properly doing sustainability.”

Regenerative practices can be employed across industries, says Elkington who sits on the Sustainability Advisory Board of Neste, a Finland-based company that has been transforming from a regional oil refining company to a global leader in renewables and circular solutions.

Sometimes regenerative activities are simple. In urban development and architecture planning, for instance, being regenerative can mean utilizing urban tree planting and swapping out materials that retain water in paving to be used elsewhere.

Regenerative practices can be employed across industries—Chris Stokel-Walker

Even a largely extractive industry like tourism can make the switch, says Elkington. He’s starting to see “sparkles of regenerative activity” in the area. Regenerative tourism can mean things like taking part in activities such as urban farming while traveling.

While the smaller sectors have their role to play in the regenerative transformation, there are bigger, more obvious options of industries that can lead the way in being regenerative.

“If I had to pick one sector that is plum in the centre of this regeneration story, it would have to be agriculture and aquaculture,” says Elkington. Thirty percent of global greenhouse emissions come from farmed animals – something that could be fixed and improved by integrating more closely with the Earth farming relies on.

“The fastest-moving pieces of the puzzle are anything that touches agriculture,” agrees Kjellerup Roper. “We seem to understand the concept of regenerative agriculture, almost instinctively.”

There are, however, some sectors that are difficult to turn around, such as those linked to transportation.

There are some sectors that are difficult to turn around, such as those linked to transportation
—Chris Stokel-Walker

Companies like Ford have made big steps towards being more sustainable – Bill Ford, when he was CEO, installed a huge green roof on top of a Michigan car plant that helped offset some emissions, but couldn’t counteract the huge impact of all Ford cars on the world’s roads.

Likewise, Maersk has recently invested in eight new ships, each carrying 16,000 containers, that will run on carbon-neutral methanol. “That’s a shipping company making a step in the right direction – but that’s still not properly regeneration,” says Elkington.

Biomimicking into the regenerative economy

The road to becoming net-positive can be tiresome for companies trying to follow the best practices for the planet.

One stepping stone on the way to regenerative capitalism is circularity. “Most of these companies have been working on transforming into the circular economy, and now people like me are saying: ‘Now, actually, you need to be fully regenerative.’ And that’s a little bit different,” says Louis Kjellerup Roper.

Yet it is possible – with radical rethinking of the old ways of working.

The basic design principle, if you look at regeneration, is biomimicry—Chris Stokel-Walker

This is also where the regenerative economy meets the circular economy where flows of materials seen in nature are being emulated. Companies like Neste have moved far into the circular economy space by enabling the production of polymers from renewable and recycled feedstock, and by reusing waste as a valuable raw material in its production processes.

Kjellerup Roper also wants to highlight the importance of the “alignment of inner and outer.”

“That sounds a bit more complicated, but for business it’s about the inner – whether it’s purpose or how things are done – need to match what you’re trying to do outside, so your ecosystem outside and inside are going in the same direction,” she explains.

That requires a rethink for many companies, who she claims have a “corporate schizophrenia” where they pin their hopes on a beneficent purpose but undercut that with parts of their organization working in the opposite direction.

For firms that have their inner organization and their outer goals perfectly aligned, the goal of becoming regenerative is “absolutely doable,” says Kjellerup Roper. “Nobody knows what the future holds,” she says, “so it’s hopefully slightly easier now to give up this obsession with certainty and forward planning that we’ve had. And instead, to work on capacity building.”

Kjellerup Roper is hopeful – optimistic, even – about the future. “I’m always astounded at how many people want to do the right thing. And it doesn’t matter whether they’re an activist blocking the M25 (highway near London) or whether they are CEO of a multinational,” she says.

“Most people have good intentions and want to make a difference. The hard bit is we’ve all locked ourselves into patterns that make it very difficult to be the first person or company or industry to step forward. But I’m absolutely confident we can do this.”

Republished from the World Economic Forum Type under the Creative Commons Attribution-NonCommercial-NoDerivatives 4.0 International Public License, and in accordance its Terms of Use.

The views expressed in this article are those of the author alone and not the World Economic Forum.